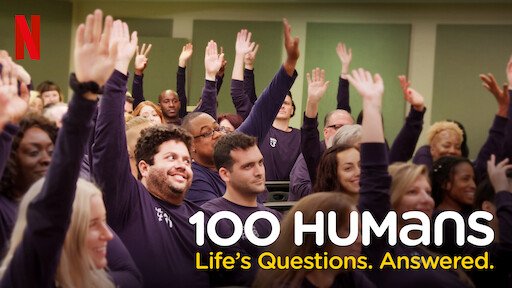 A friend asked last week if I had seen Netflix’s ‘100 humans’. She told me that the first episode in particular could be the subject of our next gathering (and she was damn right).

To be honest, I never heard of the program before and had to look it up. The quote under the title said: ‘One hundred hardy souls from diverse backgrounds participate in playful experiments exploring age, sex, happiness and other aspects of being human’. I was intrigued. The first episode was on beauty. The discussion point was: do we prefer a beautiful over less esthetically attractive person. During one of the experiments, the subjects were told the story of a woman that abandoned her young child in a car during hot weather, went to a bar, got drunk came back a few hours later to find the child dead in the car. The participants were divided in 2 groups and each was shown a different picture of the accused. One was the picture of a ‘girl next door’-type and the other was a woman that looked less attractive. Each individual was asked to give a sentence as if they were a judge in court. The ‘girl next door’ got on average 7 years less prison time than the other woman. A bit later in the episode a scientific researcher confirmed that unfortunately looks do matter in court and in life. I was intrigued and fascinated. I wanted to know more and if this was not just another bad psychology gigue. I googled and found some scientific articles that gave similar results about academic career of beautiful and less beautiful student.

My quest led me further to the book of the economist Daniel S. Hamermesh, University of Texas, with the title ‘Beauty pays’. In that book he demonstrates that the ‘better looking’ are favored by society. Not only they get better paid jobs, but obtain more easily loans and have more handsome and more high educated spouses. In conclusion: yes, it pays of to be beautiful. But what is considered as beautiful and can we improve our beauty? According to Hamermesh, yes we can, but he is not sure it pays off other than in happiness and self-confidence. But let be honest with enough happiness and self-confidence we can conquer the world.

By continuing to use the site, you agree to the use of cookies. more information